The Turkish Prefabricated Construction Sector has achieved great success with two Emergency Hospitals (Field Hospitals) with a capacity of 1008 beds, which were completed in a record time of 45 days in Istanbul. The fact that two giant pandemic hospitals of enormous size, which were built in a very short time with the prefabricated construction system, were ready for service within the same time period as a full-fledged has had huge applause in our country and in the world. Foreign news agencies announced the opening of prefabricated hospitals enviously.

The decision to build these two hospitals became one of the most critical moves taken by the Government of the Republic of Turkey to protect public health at a critical time when the Covid-19 pandemic was ravaging the world. One of these hospitals is the Prof. Dr. Murat Dilmener Emergency Hospital, which was established inside the airport in Yeşilköy. This important Hospital, the construction of which was completed in record time, was established on an area of 125 thousand square meters. Planned especially as a pandemic hospital and projected to serve in the field of health tourism in the normal times, Yeşilköy Prof. Dr. Murat Dilmener Emergency Hospital has a closed area of 75 thousand square meters and a capacity of 1008 beds, 432 of which, where necessary, can be converted into intensive care, and 16 operating theatres equipped with modern facilities. The fact that the hospital was constructed adjacent to the airport apron shows that very good planning has been made for the patients who will be brought by ambulance plane from other regions of Turkey and abroad.

The most significant role in the completion of this hospital, which will serve in the Ministry of Health for many years and which will be the pride of our country, in such a short period of time, undoubtedly, belongs to the prefabrication industry. The ease in installation and advantages of steel cord fabric with disassembled screw system is the greatest convenience in making huge hospital structures ready for service in short periods of time. This beautiful system makes prefabricated health structures advantageous and inaccessible compared to other building models during the emergency, such as need of field hospitals. Moreover, with prefabricated steel system technology, all the fineness of modern architecture can be easily reflected on the buildings.

Another field hospital, presented to the service of our country in the same period thanks to the efforts of the prefabricated building sector, is Sancaktepe Prof. Dr. Feriha Öz Emergency Hospital. Feriha Öz hospital, which started to operate on May 29, a meaningful day for our country, has a very important function in the process of coronavirus treatment. Again, this emergency hospital with a capacity of 1008 beds has 432 intensive care rooms and 576 single service rooms. Equipped with modern technology medical devices, all rooms in the hospital can be converted into intensive care when needed. In accordance with the function of a pandemic hospital, the emergency departments of the hospital have single observation rooms. In the hospital, there are triage rooms, as well as the MRI department with 2 MRI devices, 3 tomographic devices performing three-dimensional imaging, laboratories, and angiography rooms. CPR life support rooms in emergency departments play an important role in sudden cardiac arrest and breathing difficulty cases in terms of human health.

Sancaktepe Prof Dr Feriha Öz Emergency Hospital is located within the Sarigazi airport campus. In emergency situations, the patients brought by ambulance can be treated in the hospital within minutes after they leave the plane. 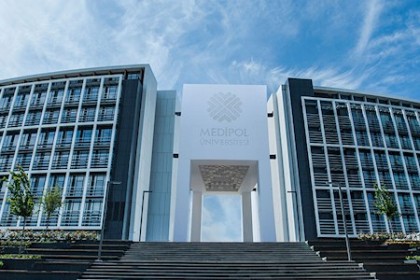 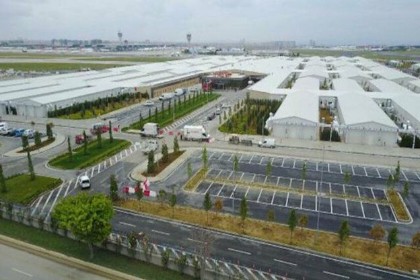 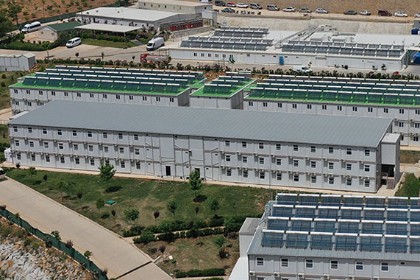